vexille wrote:You kind of answered your own question right there, f*ckface.
You call speaking like that a requisite for a rational debate? Get out of here you worthless piece of sh*t.

Clearly he doesn't know when he's not welcome.

Grizim wrote:PLK is pretty dumb, but if my name was mentioned in such a way in a thread, I would most likely post in the thread and at least attempt to defend myself. Although what you said was true, you did provoke him to come in here.

My favorite God is Jimi Hendrix.

vexille wrote:I wrote what I did because PLK will spread his bile in any thread that even vaguely pertains to religion. And before you know it, page upon page will involve people spitting at each until eventually BigWill locks it up. I do not want the same fate to befall this thread.

Grizim wrote:I'm just saying. There's nothing wrong with bashing him, because he deserves it---but there will be consequences, as you just saw. If you're okay with the consequences, then say whatever you want. But you've made it clear you're not okay with him being in here, so just be a little more cautious next time.

vexille wrote:I admit that putting the word "God" in front of PLK's eyes is like waving a bone to dog.

Ares, the God of War fo' sure!
That's how it's down here on the farm!
Top

How 'bout one of those multi-breasted fertility goddesses that are out there? 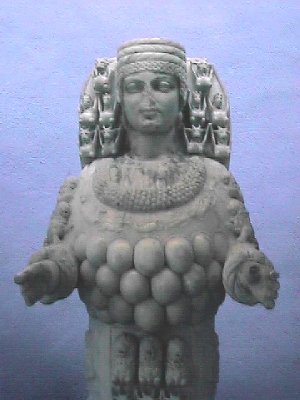 Based on how much destruction a deity caused, my favorite god would have to be the one from the Old Testament. I always enjoyed beings who always felt free to show off their wrath.

O'Brien wrote:Based on how much destruction a deity caused, my favorite god would have to be the one from the Old Testament. I always enjoyed beings who always felt free to show off their wrath.

Do not say that, or you'll provoke JackChick12345 to jealous anger! Let's all try to keep back on topic, okay?!
Still the same as it ever was.
Top

pantheon.org does not like hotlinks, so here it is on ImageShack - BigWill

Is this guy cool or what!

O'Brien wrote:Based on how much destruction a deity caused, my favorite god would have to be the one from the Old Testament. I always enjoyed beings who always felt free to show off their wrath.

Do not say that, or you'll provoke JackChick12345 to jealous anger! Let's all try to keep back on topic, okay?!

Its alright. Jehovah can be named as a favourite, just don't speak of theological matters here. Thats the main rule, as well as be nice and no PLK.

Based on the Indiana Jones films, my 2nd favorite deity would have to be Kali. I always thought the rituals for Kali were kickass, ripping out victims' hearts with just a hand, then making them burn in lava while they somehow remain alive.

Kali and the goddess Pele are pretty f*cking cool too.

Another favourite, and in the probably inaccurate words of Kaylarse:

"All I know is that I want to be following Buddha. A fat dude who gets carried around everywhere? That motherf*cker KNOWS how to roll"
Read my horrible webcomic you fat assh*le!
Top

O'Brien wrote:Based on the Indiana Jones films, my 2nd favorite deity would have to be Kali. I always thought the rituals for Kali were kickass, ripping out victims' hearts with just a hand, then making them burn in lava while they somehow remain alive.

Well, Kali just uses the magic hand to take out victims' hearts and keep them beating by his powers that also keep the victims alive, even though they have no hearts... that is, until the victims get burned to death in lava, while at the same time their hearts burn to ashes without causing burn marks on Kali's magic hand. Weird!

Dionysus - I know he's been said several times already, but I happen to like him too, what with the drinking and the partying and the ability to summon grapevines. He was one hell of a sword fighter too, and his life story kind of reminds me of Kenny (although Dionysus was only killed twice).

Heracles - Quite simply, Herc was awesome. He was the most prominent hero in Greek mythology, and the number one pop cultural icon among the Greeks, just like Jesus was among the early Christians. I mean, who doesn't know about the 12 trials? Herc was popular enough to get his own Disney movie, as well as a series starring Kevin Sorbo.

Odin - One of the first deities to be crucified in an act of self-sacrifice (well, actually hung on the tree of Yggdrasil for nine days). It's just that the whole eyeball thing is kind of creepy.

Thor - I just feel obliged to mention him. I'm not sure why.

Horus - One of my favorite life-death-rebirth deities. Plus that whole gay love affair thing with Set is funny as hell. But I'll let you read up on that on your own.

Mithras - An archetypal prefiguration of Jesus, except he wasn't afraid to kick some ass, and that's no bull. I used him as a member of the Super Best Friends in one of my fanfics.

Quetzalcoatl / Huitzliopochli - Mmm, human sacrifice. Oh yeah, and they also contributed to the Aztec's rich culture in many many ways. Care for a midaxial thoracotomy procedure?

Marduk - Created the world from the giant dead bloated carcass of his defeated rival Tiamit. I've got to finish reading that story sometime.

Jehovah - Got his start as a Canaanite deity of the sky before his promotion to the position of prime ruler god and creator by the Israelite priesthood. He's not exactly my favorite deity, owing to all the sh*t that gets carried out in his name, but he's probably the one I know the most about. That and he looks cute as a hippo-rodent.

Satan - Jehovah's sleazy attorney who acts as a prosecuting angel to bring charges against all the sinners. Everyone thinks he's evil though, because people tend to hate lawyers.

Jesus - An outspoken pacifist liberal reformist prophet who came along when the religious fundamentalists wanted nothing more than a militant revolutionary messiah who would lead them in a revolt against the Romans. He still pissed off the authorities though. Yeah, that was destined to turn out well.

Products of a twisted imagination
Top