triplemultiplex wrote:Apparently, the guy who originally voiced Optimus Prime is doing the voice of that character in the movie.

Since it's a Michael Bay movie, that means it'll have awesome special effects, an easy to follow generic plot, sh*tty dialogue, kick-ass music and lots of unrealistic, gratuitous explosions.

Additionally, it opens on the 4th of July. I'm thinking "Independance Day" with that date. Which means everyone will love it... if they're 12. I'll probably just download Transformers sometime after it comes out.

Doesn't sound too far off from the original series (although, I guess there's no special effects in a cartoon, but you know what I mean).

I'll see it too, but on a Tuesday (free movie night for me!).

well I have Megatron "cartoon" tattooed to my right arm and a Decepticon symbol on my left. Yeah I'm going to see it for sure. I can't wait to see whole city blocks turned to ruble. All the suff i have seen on the movie looks amazing .

I dunno. From what I've seen of the previews, the Transformers look more like walking junk pile movie monsters and less like the colorful robots we all saw in the animated series. I mean really, why'd they have to do that?
Products of a twisted imagination
Top

which one is good?

For a good time, call someone who cares
Top 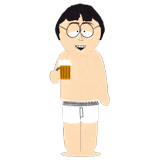 The more ads I see for this movie, the worse I think it's going to be. Transformers will be the Independence Day of 2007. It'll be a bad movie, but it will make a sh*t ton of money because all the kiddies will think it's cool.

You think the Transformers movie looks bad. Check out the Gobots one. You have been warned.

I heard that they had two sequels planned. 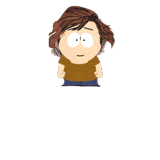 I’m going to wait a little longer to see if other people like it or not, to see if the movie is actually worth going to the movies to see.

If you want me to do a signature for you, PLEASE READ THIS FIRST!
Top
Post Reply
57 posts