Come, Liberals, and Bitch about Bill! 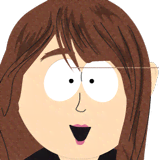 Wow. You are so dead set on defending Olbermann you are distorting the facts.

First of all, I didn't say anything in my post about Fox News and already you are bringing them up. That's really scary. If you spend your life hating Fox News I'd suggest getting a hobby or a job. Second of all, no one said they were losing their jobs. But it still says a sh*t load about him.

Olbermann has been trying to pass himself off as a "news anchor" and still trying to be like "BILLO" like you frantically scream in all caps like a maniac. The problem is you can't be like Bill and be an anchor. Anchors have to be unbaised and yet he is making comments that end up on the air bellitling an anchor for covering a news story that would z0mfgwurd have something positive to say about John McCain. "Get a shovel"? How about "get a clue"! He is obviously biased and has no placed in an anchor chair so he got demoted to commentator. How do you think getting demoted out of a space that is expected to be unbaised and fair look on a journalists resume? LOL
--
Jackie Fiest 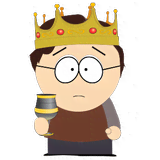 You don't think that ALL JOURNALISTS are biased????

My life is the media. I am a Communications major. I do have a life. I have a radio show, and I love sports and politics. Sorry if I am a Liberal Democrat and I am just expressing my hatrid towards Billo.

Look at Stephen Colbert for example. He doesn't really talk news, he makes fun of it. I feel the same way with Keith Olbermann. Yes, David Gregory is more "Set Up" to be a better anchor and will do well reporting the news, but sometimes, you need someone like Olbermann to lighten up the scene and opinionate his wishes.

You're biased and you criticize OReily for expressing his own opinion on his own show?

I hope you are at least a freshman.
--
Jackie Fiest

Nope, I am a Junior at little known Castleton State College.

And I do know the difference between Olbermann and Hannity Colmes, one is Left wing based, and the other is right wing based.

Again, I am a Liberal, not a conservative.

O'Reilley is right to express his own opinion...He just needs to get his FACTS straigtht!!!

Michaeloptv wrote:And I do know the difference between Olbermann and Hannity Colmes, one is Left wing based, and the other is right wing based.

Again, I am a Liberal, not a conservative.

No. That's not even in the same ball park as the real difference between "BILLO" and Olbermann. Ones political leaning is irrelevant.

(Also, it's not Hannity Colmes. It's Hannity AND Colmes. It's two different people. Sean Hannity and Alan Colmes. )

An anchor (Olbermann) is entitled to his own personal beliefs in politics, just like anyone else. However, when he is delivering the news to the public, he keeps his mouth shut when it comes to what he thinks about the news he's delivering. His job is the facts, and that's it. Olbermanns little outburst to Joe Scarborough was a big no no because it's not the job of an anchor to tell us his opinion of the news, just tell the news.

Bill OReily is the host of a news analysis show. It's called "The OReily Factor" where the point of the show is not to bring you the facts. It's to say "This happened in the news...and here is my talking points memo." If you go on his show and say "The sky is blue," and he says "No, it's red and you are spinning!" then you are spinning because it's his show. He makes the rules.

See my above statement. When you have your own show, you make the rules. Kind of like how South Park makes the rules on their show.

"BILLO" is not better or smarter than Olbermann, but he chooses to have a job where he is allowed to say what he thinks. Olbermann has a job where he can't. Maybe Olbermann should consider getting his own show, that seems to be what he wants to do.
--
Jackie Fiest

O'Reiley can make his own rules, but He just cannot lie and say "the sky is red because I said show, and this is my show", that's retarted!!!


I agree that maybe Olbermann isn't fit to be an anchor like Brian Williams, but neither is Bill O'Reiley.

I just like Keith Olbermann because he tells it like it is, while giving his own two cents. He is not lying or spinning you on the ground like BILLO.

And it's not like Tim Russert (RIP) didn't give his own observations during his many years of covering politics, and he could be considered an Anchor (even though correct term is Moderator).

Okay, so it's not right for Brian Williams to blurt out his wishes, and understandably so...but is that what Keith Olbermann signed up for??? 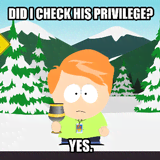 I don't have cable, so I can't say if he's still awesome or not, but I liked him a lot when he was a sports reporter here in Los Angeles.

I don't have cable, so I can't say if he's still awesome or not, but I liked him a lot when he was a sports reporter here in Los Angeles.

And you could still see him though. He does "Sunday Night Football in America" on NBC. (KNBC in LA)

He fights a lot with Bob Costas don't know if that's good or not.

...You too don't have cable hmmm. I don't have it at my house, that's why I love college

No, I love sports and Politics. Olbermann is definately not my idol, but he is someone I look to for insurance later in my life. Big fan of Howard Cosell *another guy who ran into a little contraverasy lol.*

Point is, Sometimes a little contraverasy actually boosts ratings and gives people something to talk about.
"Where I go, Destruction will follow"

I'm glad to hear Olbermann has his own show. He should stick to that because he is not anchor material, at all, srsly. (Thanks for informing us of it in all caps and a zillion excimation points, btw. Gesh.)

And, if you don't understand why OReily should be able to make up the color of the sky, think back to the conversation that was had about SP and the Ramsey family. The Ramsey's were painted as murderers by SP, and when it was proven to be untrue, some people said they shouldn't have to apologize because it's their show. Same applies to OReily. Well no matter how much you may hate him, stick pins in a OReily doll, and give human sacrifice to the Olbermann altar I would bet you have, the one who runs the show, runs the show. No matter what naysayers say.
--
Jackie Fiest 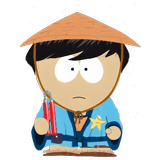 Bill thinks there is a conspiracy because Olbermann is catching up in the ratings, as FOX's ratings continue to slide.
http://www.youtube.com/watch?v=LkCygu_rizE
"It's not Jesus.... It's a portal monster." - SuperiourSavior
Top

No Bill, It's because America has finally figured it out:

More people are affiliating themselves with the left now, that's all. 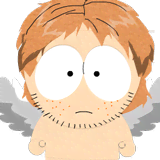 Didn't he say all South Park fans are lazy slackers or something?
Superior2you
Check my Fanarts!

superiorsavior wrote:Didn't he say all South Park fans are lazy slackers or something?

(Well he is a Family Guy fan...)
(Oh well, I agree philosophically with a lot of the things he says...)
EDIT:
I can't find any evidence on the net of him saying something to that effect. The only thing he said about South Park is that he thinks that them losing chef hurts them...
"It's not Jesus.... It's a portal monster." - SuperiourSavior
Top

Sorry about that last comment... I heard someone on the forum mention it and I didn't want to do the reserch myself so I mentioned it here, thanks for doing my Donkey work for me XD

The same does NOT apply to O'Rilley because, as much as your 'anchor/commentator' distinction would deny it, most people use Billo as a source of news, and very few would use SP in such a way. He passes his oppinions off as facts too much, and is given too grand a seat of authority.

I hate Olbermann as much as I hate ORilley, I hate all political comentators on news chanels; if i'm on a news channel, I want the facts, if i want commentry, I'll go to a saritical cartoon, or read a blog, or do some actual thinking. No, I don't really care about Olberman and O'rilley because they're commentators, I care because their commentry is just logic fallact after Ad Hominim after five year old humour after appeal to emotion after rhetorical excess.
Superior2you
Check my Fanarts!

Death will take us so don't fight it. Become it and lean to win.
Top
Post Reply
115 posts