Here's a video of the N64 on the PC, flawless gameplay if you have a PC less than 5 years old:

I have that game too for my N64. I also have the Super NES game system. I used it for the first time in a whole year several weeks ago. It still works.

My N64 system I can't say the same for. I haven't used it for months. It's still sitting gathering dust.

"It's not over until someone gives up the ghost."- My own quote.
"You never know what'll happen when you're on... Snork Patrol!" -Corky
"Change, or die." -Chef Gordon Ramsay
Top

I use my N64 still..why just last week I played "Star Wars Episode 1 Racer"
I Wasn't choking you I was just hugging your neck

We've got my parent's first nintendo game system. Nothing special, but it does have the first version of Super Mario bros. that was designed for a box to attach to a TV set (opposed to a computer). It's so funny. You can only move Mario from left to right. No going back to the left. Of course I made all the levels, rescued the Queen, and then the layout starts all strange. But I made all those levels too and rescued the Queen again. It's a funny game.

gtaca2005 , I loved that video you posted. My old nintendo system doesn't do any of that.
Top

BigCamera4892 wrote:We've got my parent's first nintendo game system. Nothing special, but it does have the first version of Super Mario bros. that was designed for a box to attach to a TV set (opposed to a computer). It's so funny. You can only move Mario from left to right. No going back to the left. Of course I made all the levels, rescued the Queen, and then the layout starts all strange. But I made all those levels too and rescued the Queen again. It's a funny game.

gtaca2005 , I loved that video you posted. My old nintendo system doesn't do any of that.

Because the computer can modify the game to your liking.

(Yes it IS the actual game, but they just tweak it out on the PC. You can play the game as it is on the N64 if you like.)

So, anyone want it? I'd be glad to help out. 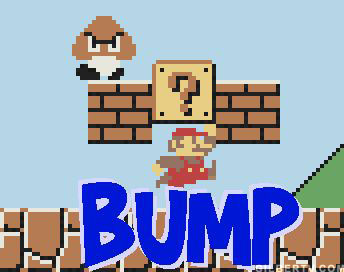 I miss the '90s. I had not a care in the world, and the only thing that could screw up my day was having homework. I remember my first day of school, in August of 1990.

Some of my fondest memories were from playing the Nintendo (and Super Nintendo after my brother and I received one for Christmas, 1994), almost every day after school from 1991 to 1996.

But I mostly played games on the computer - something I don't do at all anymore unless they're the very same games I played way back when. Of course Windows 7 won't run these games, so I use DOSBox. I remember in the computer labs in elementary school, we'd play very old games like Odell Lake, Oregon Trail, and some others...forgot the names of them.

I remember my favorite cartoons as a kid. Hey Arnold was one of my favorites. Rocko's Modern Life was the shit. Everybody at my school loved it. Maybe it was because the creator was from here in San Jose......

The first South Park episode I ever saw was 'Death', on the day it debuted. I've loved the show since.

I do recall a bunch of '90s fads that were popular, but I never got into. Things like pogs, Goosebumps books, and Tamagotchis. Then the decade closed with the horror that is Pokémon.
Top

Niels0827 wrote:Then the decade closed with the horror that is Pokémon.

Or as I sometimes called it...

I loved so many of the cartoons in the 90's..South Park of course, and Beavis and Butthead, and Ren and Stimpy, and Animaniacs, and King of the Hill, The Simpsons, Rocko's Modern Life, The Batman Animated Series ( Harley Quinn was so hot), Futurama, and the list goes on.I also really liked them animated films Disney was making back then..Unfortunately, most horror movies were pretty disappointing, I mean the biggest movies from that decade were Scream, and The Blair Witch Project, which, were ok films, but I don't really find myself watching them over and over, like I do with a lot of films from the 70's, 80's, and this decade..I did really love 1992's Bram Stocker's Dracula though. Now, it is the opposite, the horror movies are really good, but the animated shows and movies that started this decade aren't so good. Except, I did really like Rob Zombie's El Superbeasto, and I love Metalacolypse. Man, if there were a whole bunch of good new animated shows and movies, and good horror movies and shows, at the same time, I would probably never leave my house, except to go to the theater every week..

I do missed the 90's cartoons on Nickelodeon and Cartoon Network

"You're my little monster"

Yeah, Aaaaah!!! Real Monsters on Nick was also a fun show, and I remember watching Cartoon Planet on Cartoon Network every week day after school. I loved Brak's songs on that show.

pagers were in vogue; cell phones not so much. And remember cell phones that looked like old school telephones complete with cords to the handset from a briefcase 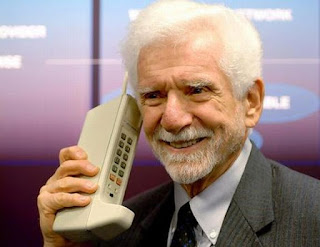 Damn I miss the 90s. Everything was simpler, cartoons were better, and nothing was too digitally advanced like the millennium kids are exposed to nowadays.
R.I.P Pip: 1989 - 2010
Πιστεύω σε σας

Pull your fucking pants up!
Top

I know what you mean, AP. I like the music from the '80s, the animation from the '90s, but I don't know what I'd pick as the best element from the '00s.
Come see what I've been doing at:
http://angusmctavish.deviantart.com
http://www.youtube.com/user/IJustWatchEm71
AngusArt updated 4/9/17.
Top
Post Reply
434 posts