Well thats a wrap for South Park season 15 prt1 I will rate the episodes either Bad, Fair, Good

There was a good amount of funny episodes but Trey and Matt can do way better. I would love to see great episodes and come up with ideas of about things that actually happened. Anyway post your favorite and your ratings
Top

I think my favorite episode was probably CBAA. I thought it was structured well, and it was funny.

Humancentipad- BAD (which I don't think I could say about any other episode of the show, for the record.)
Funnybot- Good
Royal Pudding- Fair
T.M.I.- Good
CBAA- Good
City Sushi- Fair
Youre Getting Old- ...Parts were good, other parts only fair, and it also saddened me. Not sure just where that averages out to.
Last edited by NeuroHeart on Thu Jun 09, 2011 8:47 pm, edited 1 time in total.
To believe in something just because you're afraid of the consequences if you don't believe in something is no reason to believe in something.
Top

*this one stands out as a classic, IMO
Top 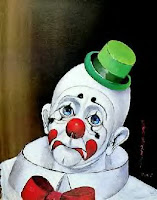 well HUmancentipad was good....have u ever seen the movie? HumanCentipede??......I didnt get the episode at first byut then i found out it was a spoof on a movie
Top

yeah the movie was terrible
Top

In addressing things so long ignored, using the characters, parodying more general topics, hiding their soapbox, limiting or varying repetitive jokes or usually overused characters, refusing to deal with things we thought they would (directly at least), the joke might be on us this year of the fan but at least I'm laughing. It started slow but accelerated. I've never felt so unsure about a season. As illustrated below there's a gap in quality between the first and second half of the seasons

What a way to end the first half of the season. Hopefully some questions will be answered in October.
Top

This run had a so-so opening, entered into a lull in the next two episodes, and then rebounded nicely for three episodes. It seemed like M&T were getting their groove back after a lackluster Season 14, which makes it really surprising and disheartening to see them feel so bummed out about SP production in the last episode.
Favorite Characters: KYLE -- STAN -- WENDY -- BUTTERS
Favorite Character to hate: C A R T M A N !!!

Here are my rankings:

1) Funnybot
Excellent episode, I thought. Not sure why everyone has such an issue with it.

3) You're Getting Old
Very sad, but full of great symbolism.

5) Crack Baby Athletic Association
Good episode all around, and the Slash story was fun.

6) Humancentipad
Great concept for an episode, but found the execution was relying too heavily on the same few jokes on loop.

7) TMI
Just didn't find it terribly funny. Could be wrong, but seems to be an episode Americans enjoyed more than the rest of the world.

Overall, I thought it was a decent enough half-season. They don't produce classics as regularly as they used to but I still find the show very entertaining. But it seems a lot of people don't, which probably adds to M&T's disillusionment quite a lot.
If you can be bothered...please check out this poll:
http://misterpoll.com/4270026923.html
Top

Best one for me this run was easily Crack Baby Athletic Association with TMI coming in second.
I am impressed with how, once the guys hit their mid-run stride, there was no drop off at the end like has happened sometimes in recent years.

You're getting old: Sad, yet superb out of all of them, i found the sh*t jokes got annoying, but the arg for pirates joke was good

TMI: great concept of how men think about their penises and are sometimes paranoid about it.

City Sushi: Hilarious, including the ending, great to learn a white man fooled us all, and a (sort of) cliff hanger at the end.

Royal Pudding: good thing all around, including the amazing return of two great canadians......Scott.....Ugly Bob.

CBAA: ehhhh.....ok, alittle off the top, kind of annoying

Humancentipad AND Funneybot: terrible, they were just really annoying....
Kenny McCormick is 10x better than you, and me.
God D**n MONGORIANS!
Top
Post Reply
22 posts