ILKM23 and I still need to come up with a procedure of initiation. 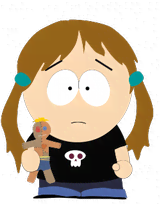 Ewwww!!!! Sorry you had to endure that, missy.

it's raining freezing cold rain out where I live, and it's just turning into ice, and my car door is frozen shut.

my eyes hurt i ve just been searching for ski holidays for two of my friends and on the 30th Jan they are going here .. MARCO POLO (CS1038)


We have chosen this comfortable hotel in the centre of La Massana village for its great value and excellent location - shops, bars, local banks and restaurants are a mere 350 metres away!

i'm gonna put Asspen on for them now .
Top

lisa8476 wrote:random: my arm hurts soooo much from scraping the 1/4 inch of ice that was caked on my rear window...i can hardly put any pressure on it because my muscles are so sore!!!


I hear that. But it was all on my WINDSHIELD.

And I drive an SUV. And I'm short, so it was very difficult for me to reach and get all of that damn ice off.

AAAAAAAAAAARGH, I want my own private island, dammit.

Why is this thread locked?

I was just about to bump it to give new users who screwed up a fresh start, but it's locked!
fhdjasfhskdlhajkfhskdla
Top

How is everyone? Nice sig nsfu.
The BBS' #1 Conan fan. The BBS' Official Retired assh*le.
Top

HAPPY BELATED BIRTHDAY MRS! She turned 33 January 8th and you all missed it! Now's your chance to make up for it.....
WE've paid our rent, but the landlord or his son couldn't be bothered to put ice melt down, so MRS did it instead then called him and told him he better do it next time or he might be looking at a lawsuit. Stupid people suck!
2 ORIGINAL SPBBS peeps from waay back in the day!
Top


-It seems the twisted fetishes you can find on the internet are limitless nowadays. No more to comment on that.

-What if we all walked like South Park characters? Kicking things would be very hard.

-I'm totally digging the new Mastodon album, "Leviathan": An interesting and seamless mix of different styles to say the least.

-Final Fantasy is spiraling further and further down the crapper.(Please put the guns away.

) VII was the greatest game ever made. VIII I personally think had very little substance in the plot. IX was FAR too "cartoony". I haven't even made it through all of X. I'm NOT paying those insane prices for XI. Finally, after seeing the commercials for XII, I thought I just finished watching a f*cking Britney Spears video.... ARGH!!!

-I am officially through with Vince McMahon's soap operas, after devoting 9 years of my life to WWE. I'll just stick with my ECW DVD's, thank you very much.

Anyway, it's getting late..... I need some more Mountain Dew.
Benighted by the snow in a world that chose artificial...
Top

Vlash K. wrote:-I am officially through with Vince McMahon's soap operas, after devoting 9 years of my life to WWE. I'll just stick with my ECW DVD's, thank you very much.

I hear that. I took a break from WWE for a bit (on account that I'm never home to watch Raw or SmackDown anymore, and maybe for good reason), and I finally got to go see a pay per view with some friends on Sunday (New Year's Revolution, I believe). And yeah, I'm tired of the drama, too. I've had a bad taste for it since they made Kane ditch the mask and the whole thing with Lita.

I wish either Mick Foley or Stone Cold would just come back, and they'd bring back the Hardcore Championship (24/7 rule) back for some serious ass-kickings.

Anyway, I worked an opening shift today, and it was senior citizen discount day, so I got to deal with the old people all day. I got home, and I've been watching my rented "Fat Albert" and "Spongebob Squarepants" DVDs.

I never realize when I was a kid the sort of social commentary that the "Fat Albert" cartoons made. In the course of 2 DVDs, they dealt with:
--keeping Rudy from dropping out of school,
--making Rudy quit smoking,
--nailing some hustler from setting up Fat Albert's younger cousin to shoplift a department store,
--helping a friend cope with her parents getting a divorce,
--feminism (a female friend kicked their butts at sports, and Fat Albert kicked her butt at a bake-off),
--racism AND politics in the same episode, AND...
--NUDIE MAGAZINES!!

As for "Spongebob," I never thought I'd see an episode where he'd go on a PANTY RAID. Yeah! Spongebob on a PANTY RAID. I laughed my butt off...especially when they raided Mr. Krab's MOM'S drawer for panties. Made me think of BASEketball:

Brittany: What are you guys doing in my mom's dresser?
Coop: (pulls out extra large panties; disgusted) Awww!! Ohhhh! Eugh!! 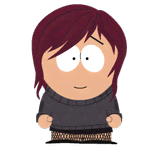 Random:::
Today at school, this douchebag kid was hanging upside down on the chin-up bars in the gym. The stupid ass fell off head first and got a mild concussion.

He had a bump on his head almost the size of a ping-pong ball!

What a dumb ass!

I told him he shouldn't hang upside down, but does anyone ever listen to me? No! Of course not! They just assume Im wrong, and then they end up with f*cking brain damage! I mean I do feel bad for the poor kid, but why the hell would you hang by your feet on a chin-up bar? It's kind of common sense!
derp.