I am so starteld LOL naw it was great not super funny but better than watching oceans 11 =) rand pissing off his boss wass killer and fuggin a the kids as always not being heard by adults because the adults are acting juvinile as always makes me crack up, mom.....we need safty for our children...mom.... we need better programming for our children...mom...kyle arn't you grounded... mom... we need to ...... haha i love it.
Top

well...at least it's better than that piece of crap called "breast cancer show ever"...
Top

keep in mind, they used direct quotations for the speeches in the beginning of this episode. They must have done a lot of work in the last 20 hours they had.
Top

Well, my opinions have changed on this episode. I watched it again more attentively (I realized my stupid cousin kept bugging me for 75% the episode which then made it hard for me to pay attention and understand the story), and I thought this episode was actually very funny. I was kinda pissed taking it out on a show (how stupid), and Kyle/Stan were actually more effective this time (killing Stan/Kyle wouldn't work).
I wish that About Last Night... had more Cartman (I know, I'm a Cartman fan). Other than that, it does reflect on the 2008 election. Obama supporters are celebrating too much (and they're really overdoing it), and McCain supporters are just overreacting (thinking "America is doomed" = Stupid). I think this shows how stupid the U.S. can get over little things (still the best country). I like how Randy was acting this episode, especially to the boss and the ending getting pissed off (and Cartman STOLE THE TV!!!). I also liked that Barbrady finally made an appearance (and the voice sounds right). 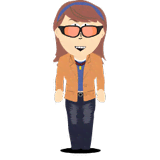 I thought the episode was one of the funniest this season because it drew on the mood of the country at the moment. And the campaign being a cover for a plan to steal the Hope Diamond? Brilliant. It's the only thing that can explain the selection of Joe Biden. This is the funniest thing to be written about this election.

And let's not toss around Family Guy insults so much. This was a parody, not the outright copying FG does. Not to mention any Family Guy election episode would have been a half hour of Seth MacFarlane espousing his own politics in a thinly veiled manner with a lot of crappy, choppy jokes, but I digress.
Top

What was the name of that piano song playing at the end of the episode where Obama decides to be President after all?
Top

I must say, Matt and Trey, this was a GENIUS episode. I don't know how you did it so fast, but you did. And it captured the spirit of the election night like no other... PERFECT! My dorm room was JUST like the episode ahahaha...half my suite was pissed off about socialism while the other half was stoked for CHANGE ... half had a sense of the world ending, the other half a sense of hope (strange how ironic it is between the two parties)

You've succeeded in conveying the reality of the election. Sheer brilliance. 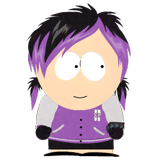 Octary wrote:I am curious, was this the final episode of the season, or is there one or two more to come?

Rambowl wrote:What was the name of that piano song playing at the end of the episode where Obama decides to be President after all?

Not going to say for sure, but it sounded like Clair De Lune (the third movement of Suite bergamasque by Claude Debussy) to me.
Fanfiction account. | Myspace account. | MyAnimeList account.
Much easier to get to know me at one of those.
Also I love Kyle, no pedo, okay, maybe some.
Top 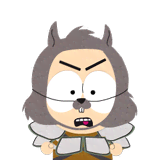 I wonder if Obama or McCain have seen or ever heard of this episode?
Top

It would have been awesome if when they had Michelle try to hack the new lasers that she wouldn't be able to do it. Then Obama had to "dance" his way through them like in Oceans 12.
Top

Matt, Trey, the rest of the South Staff, you guys never cease to impress me. I swear you would've had two episodes made in advance, but then there's that whole first ten minutes when you recreate events from the night before.

I really like to know more behind the making of this episode. The production is fantastic on it.

And if you did make a back-up episode where McCain won, I'd like to see how that one played out too.
Top 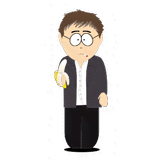 Awesome episode! Here is a symbolism I found in this episode.

Obama and McCain both run for president as a pact to steal Americas hope(hope diamond) for change.
Neither of them was actually planning on changing anything. There only goal was to end up with large amounts of money.

Funny episode packed with relevant insight! All I could hope for.
Top

Great episode, except for one thing: the line about Obama's granny. Not cool. You guys are better than that! That's Family Guy intelligence humor.
Top
Post Reply
239 posts