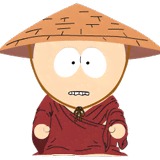 Favorite character(s) that are only in one or two episodes? i.e. Al Gore, J-Lo, Starvin' Marvin
Favorite Quote of theirs?
Mine is definitely the Hardly Boys (hence my name)
Quote: "mmm..My clues pointing this way"/"Shot clue goo everywhere"
Top 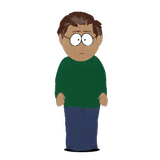 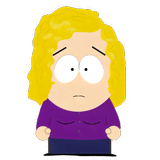 Damien. Though, he's been in the background before. But he's only been active onces.
Hayley B: My own name Location: Delaware,USA
Favorite South Park Character: *too many* But I like Kenny,Kyle,Cartman,Butters,Satan,& Damien.
Top 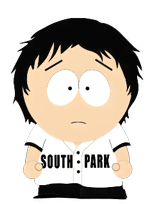 Trent Boyett maybe...
but there was also some cool guys
from adults maybe Russel Crowe and his fightin' around the world LOL
Yes, I have watched every single episode of South Park.
Top 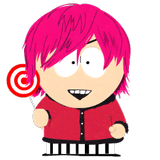 Super Towel is my favorite one episode! Hell yeah! That smart towel is a real one episode character because we likely won't ever hear the likes of his deep felt "Don't forget to bring a towel." again.

Unless, his TNA is safe and he is rebuilt by Tynacorp!
Damien shows up here and there so he isn't a one ep even through he only had a feature ep and he was completely cut from BLU. I was very sad but I understand why it's difficult to use a character like that all the time. Terrance is my favorite character but in fact he is almost always around and I watch the background with him all the time, of course.
I don't know what Mike looks like besides his vampire gear, he's...somewhere though.

But Super Towel is indeed, the unfortunate. He won't get that.
I'm a minor character fan, proud background sniper and fiction addicted!
Fav-Characters Tweek, Terrance, Red

Snap Krackle Pop it in your mouth and wash it down your piehole with a tall and cold glass of shut the f*ck up :)
Top 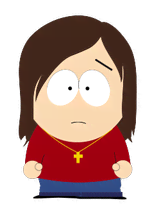 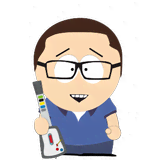 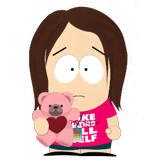 The gay Bradley from Cartman Sucks. He's so cute and seems liek a cool guy. 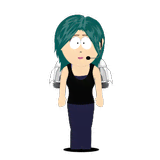 I don't know if they count but Gregory and The Mole from the movie are my two.

Russell Crowe, Romper Stomper (Cartman's Silly Hate Crime), and Celine Dion (Asses of Fire) are mine from the series.
Top 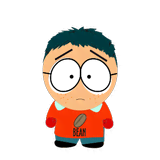 The chick from Major Boobage.
Top 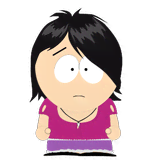 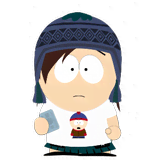 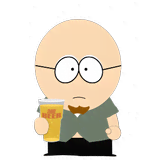 Gary from All About Mormons. "Suck my balls" comment came like icing on cake.
Check out my band!
https://www.facebook.com/Manheimblack 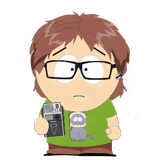