Time to kill a baby sheep and rub it's blood on the door, just in case .__.
AND BY THE WAY, I WIN
Top

Jesus! Today is such a boring day. Why is it that one day you have tons of work to do and people call you and there's so much things going on, and on another day nothing?
Check out my band!
https://www.facebook.com/Manheimblack

Priest's distorted singing on speakers woke me up aroud 7 am. I put headphones on and some music but that meant I had to sleep on my back. Now my back hurts.
Check out my band!
https://www.facebook.com/Manheimblack

PETA buys a brick at Marlins Baseball Stadium with hidden message engraved on the brick re: fishing hurts the fish:

If birds are reptiles, humans are fish :I

but what do all these things have to do with bikers :I
AND BY THE WAY, I WIN
Top

No sh*t! I thought it hurts insects.

Agreed. I hate it how many "scientists" say birds and dinosaurs are amazingly alike. So what? Humans and fungi are also amazingly alike.
There are few features that distinct bird from reptiles: all birds have a beak, reptiles don't (but some dinosaurs did have it), all birds have feathers, again reptiles don't (new researches show some dinosaurs may have had feathers), finally birds are warm-blooded while reptiles are cold-blooded... 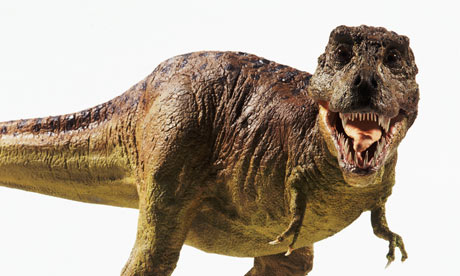 Hm. Plants are cooler than I thought.

I'm beginning to think the only way to overcome the competition for our body bits by bacteria and the internal competition of cancer and the problems of our history that are inherited diseases, would be if we evolved beings make something like a computer to replace us; that isn't made of the materials that other stuff like bacteria eat: that doesn't have units inside it with different 'interest' to it like genes or cells: that has none of that history within itself.

If it would be sufficiently beneficial, I think it will happen. I have a very positive view of history, that some things are (almost) inevitable given enough time, but they aren't necessarily the best outcomes.

Anything is classed as belonging to all the taxanomic groups of it's direct ancestors. Birds are ancestors of dinosaurs so are classed AS dinosaurs; I think they share all the things you need to be a dinosaur, just as we have all the things needed to be primates and whales have all the stuff they need to in the same class as hippos . I find it odd the way we class things!

Plants are cooler than I thought.

Plants have no way of regulating their internal temperature...so are "cold blooded" despite not having blood. Another product of our wording.
Plants can f*cking kill you if you eat the wrong ones!

finally birds are warm-blooded while reptiles are cold-blooded

I hear dinosaurs must have been warm blooded, because no cold-blooded organism would be able to keep the large volume of dinosaurs warm. The problem lies in thinking of dinosaurs as big lizards when they're more like big birds.

That said it pisses me off when people act like their classification system is anything more than a tool humans use - sometimes classifying based on relatedness is most useful, other times the traits that differentiate an organism from the things it's related to (such as whales being aquatic or human minds) are the important things.

The similarity between humans and fungi is important when it comes to trying to treat fungal diseases; it's hard to hurt fungi without hurting us! But other times, the difference is important. Don't be so quick to agree

humans ARE fish if looked at from a certain perspective, which is sometimes the right way to look at things - and other times not!
AND BY THE WAY, I WIN
Top

Unassumption wrote:I'm beginning to think the only way to overcome the competition for our body bits by bacteria and the internal competition of cancer and the problems of our history that are inherited diseases, would be if we evolved beings make something like a computer to replace us; that isn't made of the materials that other stuff like bacteria eat: that doesn't have units inside it with different 'interest' to it like genes or cells: that has none of that history within itself.

Ah, transhumanism. I used to be really into that in my early teens.

I always find sci-fi presentations of robots being hard to destroy silly, given how almost all computers from the 80s are "dead" now. They require resources just like animals, I think my laptop consumes more energy than me and presumably does less with it, so computers would have a bigger resource problem.

I'm convinced the immediate future will be dominated by biotechnology; it's like we're part of one of those fictional worlds where there's an ancient civilization who invented high technology and we've found out how to use the stuff in the ruins. Evolution is the ancient civilization and all the rest of life are the ruins we're finding out how to use. It will only go so far though, and it pains me to grant that the far future may be in the hands of the computer technology types.

I've always had trouble with 'computers take over the world' stories like terminator or the matrix. Given how dickish humans are, the assumption I won't side with sky-net may be misplaced! The main problem isn't the ends but the dickish means the machines choose, but that's just a way the films have of making the issue simplified for us; films love eliminating any moral dilemmas, which is good for blockbuster action stuff you don't always need to think to enjoy popcorn. f*ck the ending of bioshock 3 though, stuff like that where the machines aren't even dicks and the only problem is 'they're not biology.'

f*ck aliens in sci-fi too, if you compare the diversity of life on earth with that in fiction you'll see our imagination isn't half what we crack it up to be.
AND BY THE WAY, I WIN
Top

Sci-fi presentations of sci-fi have always been iffy. What I find fascinating is how high tech has, generally, been portrayed as a tool for totalitarianism, where in reality it seems to often be the opposite, what with the Arab Spring and the Iranian opposition and whatnot generally functioning via Twitter. It's become the one element in society that authoritarian regimes don't seem to be able to get a handle on.

Knowledge and technology can be used for any goal, though I think they are the only sources of change beyond musical chairs with thrones. There may be some aims it's more likely to support though. I think there are relatively few things we enjoy in stories, so they don't tend to explore the strange variation possible, it's not so much a test of imagination as of pleasing the audience and 'selling' books.
Sci-fi tells us mostly about what it's writer, and that usually means the society the writer came from, believed the future would be, or needed to be said about it.
[url=http://www.youtube.com/watch?v=v8Ug-Yw3mhE]
Found a documentary on hippos. [/url]
AND BY THE WAY, I WIN
Top

I have heard that there's only a finite number of stories, really. 100 some odd. What matters is how you tell it.