Put your fan fiction here, and keep it nice.

But seriously, Chapters one and two are outstanding.[/bearybear]
Top 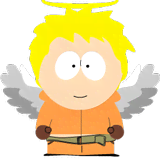 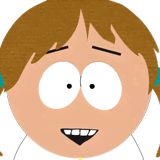 Keep reading. It's about to get even more f*cked up.
I don't have a signature
Top

Thank you. I'll take it as a huge compliment then if you do bother to read it, because it's certainly long.
I don't have a signature
Top 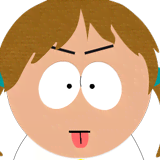 But seriously, Chapters one and two are outstanding.[/bearybear]

"No. Not until you pee on this stick."

"OK. Any day now would be nice." Trey said, trying his best not to sound that impatient. Matt huffed and casually looked around the bathroom.

"The wallpaper in here is really ugly. Why the hell did I ask for butterfly wallpaper anyway?"

"Your daddy wanted it. Matt, the stick."

"Is this really necessary? Can't we just, I don't know, pretend like it never happened?"

"Ignore it and maybe it'll go away?"

"Yeah." Matt said with a smile. Trey smiled back.

"Dammit." Matt cursed and did his best to pee on the stick in Trey's hand.

Five minutes later they were both sitting on the edge of the bed.

"We don't even live together." Matt complained.

"Well we practically do at the office. That counts, right?"

"Maybe. I don't know. What are our parents gonna think?"

"What are they gonna think? They're gonna think they're too old for us to be making them grandparents! But that's not what they'll say."

"Then what are they gonna say?"

Matt pouted. Trey saw. He reached over and rested his hand on top of Matt's.

"Seriously, if this is true, what are we gonna do?" Matt asked in a low raspy voice. Trey slightly shrugged.

"Call everyone and tell them the good news." Trey said quietly, his hand still on Matt's, but his eyes staring down at his own lap.

"Tell everyone we messed the f*ck up?" Matt asked. Trey finally looked over at him.

"Don't say f*ck in front of our child!" Trey scolded Matt. Matt stared at him for a moment and then started to snicker. Trey finally broke a smile and started laughing, causing them both to break out in severe giggles.

"Ow. The pain is back." Matt suddenly complained and held his side.

"I don't know. But either way you're going to see a doctor."

Matt grunted a little and laid back on the bed to stare at the ceiling again.

"Why does only your ceiling have a mirror and not mine?" Matt asked.

"Because at my place we're kinky."

"Then what are we here?"

"Ugh!" Matt moaned and threw his hands over his face.

"We're in this together. You don't have to act so discontented."

"Damn right we're in this together!" Matt pointed over at Trey and said, loudly. "You saw what happened to Jason and Glasgow when that baby came into their lives!"

"Dude, I'm not Glasgow. And I'm not Jason. And neither are you. Don't worry. Nothing's caused me to run yet. Why would I run now?" Trey looked down at Matt and said with pure sincerity in his voice.

"Don't worry about it. I understand your point. So, who's gonna go look first?"

"Matt," Trey started saying but Matt cut him off by shaking his head while still staring at the ceiling. "Matt, look at me." Trey requested. Matt slowly looked over at him. "Ready?" Trey asked quietly.

And with that Trey took hold of Matt's hand and pulled him up off the bed. He then led the way back into the bathroom where the pregnancy test rested peacefully against the sink.

What a place for a cliff-hanger

Well, it is April Fools Day.

Great chapter. I almost fell out of my chair, trying not to miss any word in the chapter. Can't wait for the next installment.

This story is great 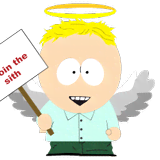 And its gone...
I Wasn't choking you I was just hugging your neck

Maybe. ... Might've fallen down the sink.

I see you have a new story up! I'll check it out.

I can't seem to find a moment to just relax right now. :/
I don't have a signature
Top

Well, it is April Fools Day.

Great chapter. I almost fell out of my chair, trying not to miss any word in the chapter. Can't wait for the next installment.

This story is great

.. Yes, I thought about doing something for April Fools, but I don't think I'm established enough around here for it to have really counted much.

Next chapter will be up tomorrow though! Thanks for reading!

Yep my 10th fanfic...only one chapter with about 7 lines right now but I plan to make it my best.


EDIT: I don't think you know what I meant when I said "and it's gone" but forget about it.
I Wasn't choking you I was just hugging your neck

butters kenny wrote:Yep my 10th fanfic...only one chapter with about 7 lines right now but I plan to make it my best.


EDIT: I don't think you know what I meant when I said "and it's gone" but forget about it.

Oh. Well if you want you can PM me and tell me what it meant.

Warning: This chapter has minor curse words and some sexual content. But none of it is pornographic. Please beware and approach accordingly. And for those of you that do not understand what that means, it MEANS do not read this chapter if you're too SENSITIVE. So just look away NOW. Little cry babies. As for the rest of you, please enjoy.

"So why again does Dave have your car?" Kacey looked over at Kevin and asked. He was sitting in the passengers seat of her car and wouldn't keep his fingers off the radio dial.

"His family is using his."

"Because they're in town and they wanted to use a cool car."

"So Dave thought it'd be OK if he just took yours?"

"Kevin! Stop it!" Kacey yelled as the radio went from one song to the next in just seconds.

"Sorry. Everything on the radio sucks."

"Well sorry, not everyone drives a Porsche with fancy CD players inside."

"I know. But Dave does. Which is why his family has his car, he has your car and I'm now stuck driving you around in mine. When is Matt and Trey gonna buy you a Porsche too by the way?" Kacey asked. Kevin snorted.

"I'm pretty sure I have to be on the payroll a little longer than I have been for a Porsche."

"Wouldn't that be cool though? If you showed up at work and there was a Porsche sitting in the spot where you usually park your car?"

"Yeah. But it still wouldn't be mine. It'd just be Dave or Steve taking my spot."

"Yeah, it sucks to be you." Kacey said, a little bit sarcastic.

"No really, it doesn't. I think Trey and Matt like me better, even without a Porsche. Trey seems to trust me with more than he does Dave or Steve."

"That's not called trust, it's called favoritism, and I don't think it's you he's showing the favoritism to. He's making you do the most stuff because you're the lowest on the chain."

"Fine. Be in denial. But at least admit you have a crush on him."

"On Trey! What do you mean on who? Jeez Kev! Even I have a crush on him and I'm terrified of him!"

"Yeah, why are you so terrified of him anyway?"

"I don't have a crush on him. And it wouldn't matter if I did. There's only one person he really shows favoritism to and that's Matt."

"Matt? I thought Trey and Matt were suppose to be equals."

"They are. They equally show favoritism to each other."

"OK you really need to stop. You're gonna get me fired. Besides, I don't think it'd be a good idea to crush on Trey right now."

"What is it? Did Matt give him an STD or something?"

"I don't think so. But I think Trey might've given Matt a little something."

"A little something? Like an STD? Or," Kacey thought a moment. "Oh God! Is Matt knocked up?"

"How should we do this?" Trey asked as both him and Matt stood there staring at the pregnancy test.

"OK, but if I look that fast I might not see what color it is."

"What color? It goes by color? What's that suppose to mean?"

"I don't know. Blue for boy and pink for girl?"

"Look at the box!" Matt shouted. Trey picked the empty box up out of the trash again.

"It shows a plus sign. I guess I'll read the directions real fast."

"Well I hope all I had to do was pee on it 'cause if it says I gotta stick it up my ass, I'm not doing it!"

"Why not? Shouldn't you be kinda into the whole sticking things up-"

"Shut up and just read the directions!"

"And negative means not pregnant?"

"No I mean, yeah negative means not pregnant. If it's a negative."

"Oh God. Please be negative." Matt held up his crossed fingers and squeezed his eyes shut.

"That. Don't do that. I'm not looking if you're going to be standing there chanting that. It makes me nervous."

"Fine. Let's just get this over with."

"You've been saying that a lot lately. Maybe we'd bothered using a condom if we weren't just trying to get it over with."

"No but you've said it during foreplay."

"That's because foreplay sucks. And what does this have anything to do with foreplay?"

"If we bothered having a little more foreplay maybe we would have thought about the proper use of a condom and actually used one!"

"We haven't used a condom since college!"

Trey stood there and stared at Matt. Matt stared back until his eyes drifted down at the pregnancy test. Trey took a deep breath.

"We're gonna be OK, right?" He asked Matt as he picked up the test.

"Of course we will be." Matt replied in a harsh whisper, his eyes glued on Trey. "I love you." He quickly added. Trey's eyes met his. He slowly nodded.

"I love you too. I love you more every day. Nothing will change that."

Trey looked down at the pregnancy test in his hand. Matt watched. And watched. And then watched a little more.

"Aw damn," Trey whispered, his eyes coming back up to meet Matt's. "It's a plus." 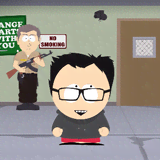 willowrose wrote:"Do it fast. Like a BandAid. Just rip it off."

And it's a plus

willowrose wrote:"Do it fast. Like a BandAid. Just rip it off."

And it's a plus

Next chap will be up today. Thanks for reading BC!!

I don't have a signature
Top
Post Reply
438 posts

Return to “FanFics and Episode Ideas”