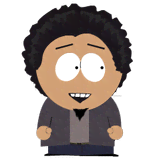 Wonder how Kanye will fit into all this. Sounds like their going to make fun of late night shows too!!

Hope Conan makes an appearance even tho he was killed in the movie....
Top 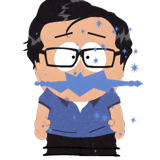 I don't care whether Stan talks to Kyle or not, but someone earlier said it best. For heaven's sakes, please DO NOT MAKE YET ANOTHER parody episode. Britney, High School Musical, Jonas Brothers, Dark Knight, Paris Hilton, Overlogging, LOTR(that was excellent though) and now it seems Kanye will come into our world. He is hella annoying. No doubt about that. But do we reallly have to give him any airtime? He isn't worth it at all.

I guess this episode is surely a play on the fact that Kanye can't produce a single hit without using a sample.

I hope the protagonists in this episode are strictly among the citizens of South Park. And GET NED BACK ON!! 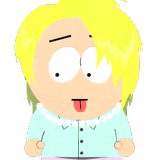 I don't care whether this episode will suck or not, just so long as they do a good job screwing up Kanye's singing voice like they did with Cher in that meteor party episode, I will be happy. 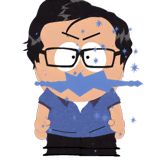 I don't care whether people like sucky episodes. I just hope they don't patronise Kanye.

I hope they rip Jimmy Kimmel so hard they get him fired. He is NOT funny. He CANNOT deliver a joke if it was to save his own life.

Although I do love Conan O'Brian and Jay Leno. They are awesome. So is Jon Stewart and Stephen Colbert. I guess I'm unbiased when it comes to that fashion (Jay Leno is pretty conservative, Jon Stewart is pretty liberal - Conan and Stephen are more apolitical).

And I think it is good that are Russian friends are learning about South Park. Didn't they ban SP in Russia? I bet there are online text translators that can translate any Russian text that you need to translate.

That's easier than a one-day ban.

I think the joke is going to be something like, "Why do men have fishsticks?" And then the audience at Jimmy Kimmel's asks why, and then he says, "To stick it up someone's butt!" And everybody is going to look at Jimmy Kimmel with a blank expression.

Oh, and AIDS is not funny. I thought that particular episode was kind of sad (although, they are finding a cure to AIDS where they exploit their own mutations, should be a good cause).

We all should learn some kind of International Language ... like English, in addition to our native land's language. Hell, it could be Spanish or Esperanto as well (both languages are better phonetically).

This episode is already reminding me of the time scientists said they made the "funniest joke ever" about a bear and two fish or something like that about four years ago I think. 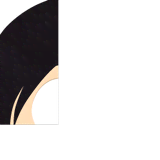 Okay, now I'm starting to have mixed feelings on the show all together. I fell in love with the /old/ South Park. When it was original ideas but in those ideas made jokes on society. Like 'Fun Times with Weapons' or 'Awesome-o' or 'Marjorine'.

I'm also getting really sick of Cartman. He didn't start out as a main character, and sure he's funny and usually adds to the storylines but ... there's just been so much of him! Why have Cartman be the one to set things straight? Why not Stan or Kyle like the old episodes? Stan and Kyle used to be the, well I guess you can say, main characters. I miss them as a duo. Sure there are epsiodes all about them, but not about them. When they used to help each other through hard times or get into stupid fights or save a group of people together. We haven't really had that much. The only recent one I could think MAYBE involves them that much is About Last Night.

I'm just rambling now. All I'm saying is I miss the plots like from Seasons 7, 8, and 9. Those were by far the best, to me anyways.
---
"Butters is gay, finds me very attractive, and confused about his sexual identity threw up all over the floor."
Top

Yeah, you're right; the jokes were better in those seasons because they didn't have a desire to move character development.

A part of me thought that the Lesbos episode was just sick.

Then again, the World of Warcraft episode was a landmark episode for South Park. It probably doubled the viewing audience for the show.

And my favorite episode is easily, "Tsst".

I guess it is the way you deliver jokes that makes them funny. If they are too personal, they aren't funny because they are inside jokes, but if they are too universal, then they are simply lame.

I think they are trying to have character development while making fun of the world around them. I applaud that kind of effort; it's not often you see a show that will attack itself like it did with Cartoon Wars.

Anyone agree with me?
Top

Actually, your Russian friends know South Park for as long as, at least, 10 years now, since they started broadcasting it on local MTV in 1999. And no, they haven't banned it (they wanted to ban the whole 2x2 channel for the sake of "morality"). They tried and failed, those bastards!

Butters The Savior wrote:Actually, your Russian friends know South Park for as long as, at least, 10 years now, since they started broadcasting it on local MTV in 1999. And no, they haven't banned it (they wanted to ban the whole 2x2 channel for the sake of "morality"). They tried and failed, those bastards!

MTV? Wow. I always thought most of MTV (at least in America) is trash. Maybe because it is focused on the teenage audience and I'm moving out of that demographic. (I'm a VH1 fan, as the music is geared towards adults rather than teenagers.)

I never heard of the 2x2 channel. But, looking at Wiki ... it's really focused on Cartoons. They should split it up; do one channel focused on children and families (everything from Dora the Explorer to The Simpsons and children's anime) and another focused on an adult audience (South Park, Family Guy, American Dad, violent and disturbing Anime).

One of the kindest people I've ever met was a Russian from Moscow. We talked about Russia and she told me that most people are poorer there simply because they are farmers, and that makes sense, because Russia has so much land and so few people.

Farmers could control the world if they wanted to - we need to eat, after all. But there are farmers everywhere - people who farm tobacco in America to potatoes in Ireland to the teas in China and the dates in Iraq. And Africa is filled with diamonds and precious minerals.

I have more respect for farmers than I do for any other profession. I think the world needs to globally have a collective effort to advance the science of farming so more crops can be grown in smaller areas, like in Japan and Korea.

China is very smart when it comes to the agricultural spirit. Very wise. If it had all the western technologies, it could terra-form the land to a utopia.
Top

kyp wrote:i think this episodes going to be funny of course,i mean look at the rest of em.but seriously,they need to put towlie back into some of the episodes,i think towlies the funniest thing that happened to the show and they dont even put him in any of the episodes anymore.i really hope towlie shows back up.

One of the shittiest episodes in South Park history was A Million Little Fibers...so you may want to tread lightly calling Towelie the funniest thing that happened to a show. He is incapable of carrying an episode...he needs to be put together with the boys to be funny.
Top

Freedom of SPEECH! This discrimination is the Russian people, a manifestation of some form of racism. The rules are not written anywhere that you can not use it in the Russian positions. I condemned you for that.

P / s made the screenshots with the rules of the forum, they are certified by a notary and can not be protest, my lawyer is aware and has sent a complaint to higher authorities.

Wait for people in the black ...

Kid, you're a f*cking retard. Freedom of speech does NOT APPLY TO PRIVATELY OWNED WEBSITES! South Park Studios can make any rules they want that discriminate against whoever they want (not that requiring you to speak English on an English website is discriminatory in even the slightest bit) and not be charged.
Top

allieamity wrote:I'm also getting really sick of Cartman. He didn't start out as a main character

I EFFIN LOVE THIS SHOW!

This episode is gonna be good regardless if Kyle and Stan talk or not. Im not really kyle's biggest fan. There are alot of episodes where the show is funny without him. im sure this will be one of the funniest
Top 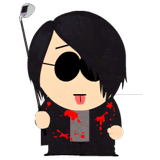 From watching the previews, I don't think Clyde is gonna laugh when Cartman fires a joke that the fatass and Jimmy made at him. Also, Cartman is just gonna slack off like the lazy fatass he is while Jimmy writes down the jokes he and Cartman come up with. I really wish that the new episodes of South Park has special guest stars rather than just Trey Parker (mostly) and/or Matt Stone voicing celebrity characters. There hasn't been any episodes featuring special guest stars since Wing.
Top

Freedom of SPEECH! This discrimination is the Russian people, a manifestation of some form of racism. The rules are not written anywhere that you can not use it in the Russian positions. I condemned you for that.

P / s made the screenshots with the rules of the forum, they are certified by a notary and can not be protest, my lawyer is aware and has sent a complaint to higher authorities.

Wait for people in the black ...

Favorite Character: Butters
Need to look for something on the board? Use the search links below: US version
Top
Locked
108 posts