Dear Fellow Members and/or devoted fans,
I have started this forum to recruit those of you who believe that south park sold out after the 10th season. This is a funeral. This is a debate. I want those who disagree with me to please join this madness. The world ends when the show is killed! Chef died! Issac Hayes converted to scientology! God Damn it! it was so wonderful at it's peek and has become way to direct with it's messages. It used to be subtle and now it's sickeningly uncreative. I am angry and want you to be angry with me! i am depressed and want you to be depressed with me! Why is kenny a drug addict? Why is Mr. Garrison a man again! What the f*ck happened to Cartman! They made him too blunt. They gave away the secret and threw away the magic and recipe. WHere is the piano music? WHere is the cynicism and since when did south park become the new family guy or even The Simpsons? When did this happen and how can we change it? How can i be offended by south park? I am a fan of the show being offensive! I love you guys! Trey Parker and Matt stone are brilliant but dissapoint me. I am dedicated to watching each episode! Does any other fan agree with me? Am i alone! PLease help me! What happened to towlie? Who's saying baby that don't mean a thing? Nowadays clancy can;t even sing! I guess this economy is effecting everyone, even our heroes, the animators and show writers!
Top

I assume you haven't seen Canceled then if you think that Kenny never taken drugs before. Well....the real question is why was there Mrs. Garrison in the first place? (Well, if I recall correctly Matt came up with the Jew/Dolfin idea and I guess they used that as a means to get there) Mrs. Garrison wasn't all too great... Neither was Mr. Garrison, but...meh. I do agree that they take parody today's events a bit too much.
Causing havoc on the BBS one post at a time

thank you, i agree caNCLED WAS A GREAT EPISODE BUT YOU DID NOT PAY ATTENTION TO THE LINE THAT ONE OF THE ALIENS USED, I BELIEVE IT WAS SOMETHING LIKE " A SHOW CANNOT LAST MORE THAN 100 EPISODES OR ELSE IT GETS STALE" MAYBE THEY WERE BEING SUBTLE . IT IS HARD TO TELL! REMEMBER, FELLOW FAN, WE DO NOT KNOW, WE ARE NOT THE ARTISTS!
Top

...damnit.... I hate all caps, they hurt my eyes, they get you know where, and I'll be more willing to ignore all caps... That wasn't what I was referring to. I was referring to that scene where Kenny got a line of the space junk and snorted it.
Causing havoc on the BBS one post at a time

I think you may need to rethink your strategy of coming to a South Park fan site for a place where people who don't like the series hang.
--
Jackie Fiest

I started a forum

P.S I completely disagree with you, and please don't use all caps.

I have started this forum...

They must be utterly ruined by all the space cash they're getting.
Top 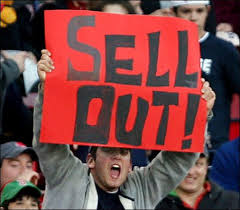 I am not joining any more forums. Not unless they are horror forums that my other friends from past horror forums wanna join in too. I am not going to change your opinion..I am not angry or depressed with the state of South Park right now, but if you wanna be ok, just don't be telling people to feel the same way as you..


But if you wanna show you have some balls, stay here on the board, and debate with people who disagree with you. Anyone can debate with a bunch of people who already agree with, it takes real guts to debate with someone who strongly disagrees and is really rude about it. Like this bitch on the only other forum I post at who disagrees with me about the up coming sequel to Rob Zombie's Halloween. I am e kicking that bitch's ass in this horror debate we have going. She goes off bitching about remakes in general, then I get her to admit that she actually likes the remake of The Hills Have Eyes and while I enjoyed the remakes of Friday the 13th, The Texas Chainsaw Massacre and of course Halloween, I didn't like that remake much but that is personal taste and there is no way to really prove whose taste is better. But she keeps on talking sh*t....Well the point is, she is kind of being a hypocrit, she is an elitist film snob, and I am calling her at her sh*t. And it is alot of fun. I hope more people who hate Rob Zombie's films show up on that forum in the next few month as Halloween 2 gets closer to being released, I will just be nice on this board and be a super bitch over there. So, if you do decide to stay and debate on this board with people who disagree with you about the quality of the new episodes of South Park, you don't have to worry about me, but I am sure Shane could kick your ass in a debate.

Yeah, but I guess the show will recover again...
I think we should support Matt Stone and Trey Parker with all the work they´re doing and try to recommend them instead of criticise the last episodes...
the last thing we want in no more SP, isn´t it?
Fav. character: Me(eric) Cartman!
2nd fav Character: Chef
3rd fav character: mexicans
saludos^^
Top

I hated Garrison as a woman anyway. And big Ike was a Sceeintologist long before the show started. (ok, a few years, but whatever)

What? Oh Ike? He's still there, but is a little older now, so he's saying more words now.

^I think he was referring to The Ring, bay-bee.
Causing havoc on the BBS one post at a time

I HATE HAVING AN EGO AND I DONT BELIEVE I DO! FIRST OFF, I WANT TO THANK ALL OF YOU FOR POSTING COMMENTS! FOR THE FIRST TIME IN MY LIFE I FEEL ACCEPTED! I CAN ADMIT I AM COMPLETELY PATHETIC! I HOPE WE ARE NOT MAD AT EACH OTHER! I BELIEVE, IF ANYTHING THE SHOW SHOULD BRING US CLOSER WHETHER WE AGREE OR DISAGREE ABOUT CERTAIN EPISODES. GOD DAMN IT! I WILL USE CAP LOCKS IF I f*cking FEEL LIKE IT! THIS IS ALL IN GOOD FUN! YES, I KNOW HE SNORTED COKE BUT STILL COME ON! YOU MEAN TO TELL ME YOU LIKE SEASON 13, SO FAR! SEASON 10 WAS AMAZING! I RESPECT THE FACT THAT YOU SAW A FLAW IN MY ARGUEMENT BUT WTF Gay fish? Space money? ugh ! it makes me sick! Freedom of speech kicks ass! I love the early seasons but since when did south park become family guy the whole purpose was to make fun of shows like family guy, opera, the simpsons w/e i have a feeling they must get along with seth mcfarlane and matt greoning they are artists god damn it! SO, agree to disagree is the purpose of this forum but we can still enjoy the first amendment and a passion to hate and be as cynical as humanly possible
Top
Post Reply
71 posts